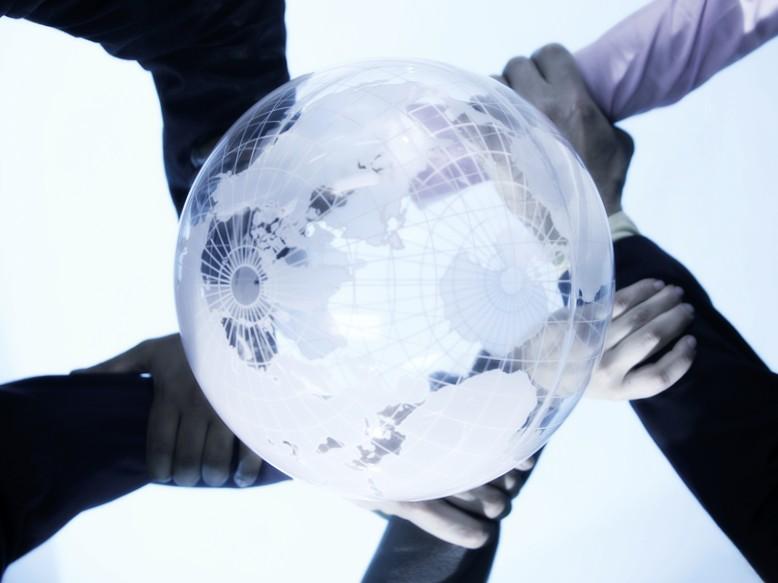 Whether one likes it or not, whether people are ready for it or not, the degree of globalization is higher in reality than perceived. Though unnecessary to point out, there are various ways of approaching this hot issue, many points of view, and different levels of debate. Burton (2005) defined globalization as the process of worldwide integration that arises from the interchange of world news, ideas, products and cultural aspects. Improvements in telecommunications and transportation infrastructure, such as the appearance of telegraph and its followers up to the Internet, are the key factors driving globalization, which further generates interdependence of the cultural and economic activities. The most certain thing is that globalization is intimately linked to the media and sharing of information, which are frequently considered as the major vehicle for its fast expansion (Flew, 2007). Without opposing, globalization has significantly affected the media, and this paper explores the extent to which the global media can truly be regarded as global. The following issues will be considered in the discussion: powerful media companies in the world; characteristics of global news among all kinds of media news; media convergence; and ways in which the Internet has affected or challenged the dominance of global media.

Powerful Media Companies in the World

Globalization has resulted in the concentration of media ownership, which is also referred to as media convergence or media consolidation that is discussed in detail later in the paper. According to Flew (2007), increased media convergence has resulted in appearance of global media. This is because it has evoked the wealthy media conglomerate with international presence. Current studies indicate that increasing levels of convergence among various media industries already dominated the extremely small number of firms (Burton, 2005). The most powerful media companies have often consolidated with other media industries in order to attain their status. Through consolidation, powerful media companies have become capable of controlling the media industry and increase the rate, at which globalization is taking place. Internationally, the largest media companies in the world include CBS Corporation, Viacom, News Corporation, Time Warner, Sony, Bertelsmann AG, Vivendi, Televisa, Hearst Corporation, and The Walt Disney Company (Kaul, 2011). The Walt Disney has been the largest media company in the US, with News Corporation coming second as of 2012. Time Warner and Viacom were ranked third and fourth respectively. In 2007, The Walt Disney made revenue of about 15 billion dollars (Kaul, 2011). The News Corporation made about 31 billion dollars during the same year. According to international think tanks like non-governmental organizations, such as Human Rights Watch, media ownership is usually something extremely close to the complete state control over information in direct and indirect ways. In some other countries such control is defined as authoritarian. Such nations include Cuba, Russia, and China (Rantanen, 2005). Some researchers have claimed that this is an impediment to globalization. These researchers believe that the media should be independent and free in order to foster globalization.

Characteristics of News as it Affects Globalization

Terhi Rantanen (2005) refers to the communication as certain selected information about current events that are presented by broadcast, print, Internet, or word of mouth to mass audience or a third party. The media and news are two inseparable entities. Do the media exist because of news or does news exist because of the news? The answer to this question is that both the media and news depend on each other. News cannot reach the audience without the media. Without news, the media cannot be very useful for the audience. However, there are certain characteristics that make an event or information to count as news for the mass audience (Flew, 2007). Media bias refers to the perceived bias of media houses in choosing event and stories reported, and how they are covered. According to Hafez (2007), media bias infers a widespread or pervasive bias that contravenes the standards journalism. The sensible limitation to neutrality of the media comprises of the media’s incapability to report all the available news and entertainment (Hafez, 2007).

One of the key aspects of news is newsworthiness. According to Hafez (2007), newsworthiness of the information presented in the media measures the extent to which a media company delivers news and entertainment culturally biased or unbiased. Rantanen (2005) defined newsworthiness as a subject having adequate relevance to the special or public audience to warrant media coverage and attention. Culture has an impact on how individuals perceive the media. In certain nations, what the public and the media have regarded as newsworthy has met various definitions, such as the concept of news values (Flew, 2007). For instance, during the mid-20th century news reporting in the US, the media focused on local stories and political issues with significant socio-economic effects. Such news included the landing of a person on the moon or the Cold War (Kaul, 2011). Most recently, the focus remains on local and political issues. Nevertheless, the above mentioned media companies have come under public criticism for over-emphasis on gossip and non-news events, including celebrities and social issues. The public has also criticized some media houses for reporting local issues with little significance, as well as biased sensationalism for political issues such as economy and terrorism (Burton, 2005).

The dominance of social and celebrity issues, which blur the boundary between reality shows and popular culture and news, might indicate the extent to which news and its values are evolving and fostering globalization. In addition, this might also indicate that the traditional models of news process are presently partially relevant. According to Flew (2007), newsworthiness relies on the topic and the topic’s presentation, as well as the selection of information from the topic. Media biases and reporting of newsworthy information show the perception of media companies towards what is culturally biased. This matters to the eyes of the public and impedes globalization. Globalization involves the interchange of cultural aspects. This implies that reporting culturally biased news affects the newsworthiness of event being reported.

Media convergence is one of the key factors driving globalization. Media convergence can be defined in two ways (Burton, 2005). The first definition of media convergence is a process by which fewer media companies control the mass media. The second way defines media convergence as the interlinking of communication networks, information technology and media content that occur with the popularisation and development of the Internet, and the convergent services, products and activities emerging in the digital media space. In both definitions, there is a different aspect of convergence (Burton, 2005). In the first definition, companies are converging to gain control, while in the second definition, communication devices and capabilities are being converged. A more comprehensive definition would incorporate both companies and technologies required in creating and reporting digital media content to the public. Several people view media convergence as a tip of the iceberg. This is because all aspects of social life and institutional activity are significantly conducted in the digital media environment, across a plethora of computing devices (Flew, 2007).

Whether global media can be threatened by the Internet is an increasingly popular question. This is because the key sites of Internet regulation are the points of access to it. In order for people to gain access to the Internet, they have to subscribe to an ISP, such as BT Internet or AOL (Burton, 2005). Nevertheless, this seems to raise an issue of whether the regulatory body should be national governments and international organizations, or private companies. These issues are extremely complex. In global environment, where policies differ from one nation to another, legality becomes less clear-cut than it is within national boundaries. One instance is the controversy of Mohammed cartoons published by a Danish newspaper Jyllands-Posten. Whereas broadcasting companies and national press deliberated over publishing these cartoons, they are available freely on the Internet. As a result, the Internet makes it hard to regulate the global media. There is no way, in which the Internet is being deployed in challenging the dominance of global media. The Internet, together with classic media, is a force that spares nothing on its path (Burton, 2005).

The most certain thing is that globalization is intimately linked to the media and information sharing, which are frequently considered as the major vehicle for its fast expansion. Globalization has resulted in the concentration of media ownership, which is also referred to as media convergence or media consolidation. The largest media companies in the world include CBS Corporation, Viacom, News Corporation, Time Warner, Sony, Bertelsmann AG, Vivendi, Televisa, Hearst Corporation, and The Walt Disney Company. Newsworthiness of the information presented by the media can measure the extent to which a media company presents news and entertainment as culturally biased or unbiased. Globalization involves the interchange of cultural aspects. This implies that reporting culturally biased news affects the newsworthiness of event being reported. There is no doubt that the media is truly global to an extent that it is inseparable from the Internet.

Hafez, K. (2007). Film and programme imports: Entertainment culture as the core of media globalization. In The Myth of Media Globalization. New York: Polity.